skip to main | skip to sidebar

Honestly I wasnt even sure if I was going to update this blog to let you all know, but then I realized that there are a few of you out there that need the wonderful world of friends updating their blogs to get them through their often boring work days...much like me.

This blog is going to be very simply me. So prepare yourself as it may get boring.

I am going to try to post once a day. Random thoughts, lyric ideas, etc, etc.

I just need a medium to keep the creative juices flowing as the non-creative side slowly takes over the rest of my freetime.

Anyways, Ill see a few of you over there:

So I didn't exactly have the best day yesterday with the loss of my year old flip flops, which were worn down to nothing in certain areas. Some would argue that is no loss, but really it is. Now I have to venture out into the world with thick heavy new flip flops. At least I can take solace in the fact that they will be worn in soon.
I also lost my myspace page for the second time in three weeks. That was a crushing blow to the not an Airplane world, as I really had just gotten over the last deletion. But in reality it has done nothing but open my eyes to the pointless-ness of myspace. Or moreso, the ability for it to just disappear in minutes...and how to prevent that from making me feel like I am completely starting over (mailing lists, etc.) - but I wont sit here and discuss my strategies and boring music talk.
But what I will do is tell you all (or rather show you) how I cope with my losses, as the pictures below are of my newly purchased 1969 Gibson Barney Kessel original; 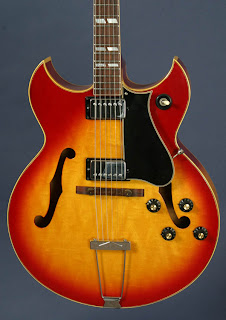 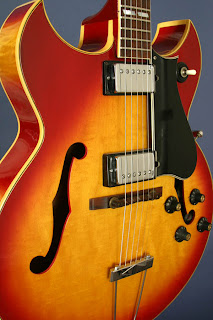 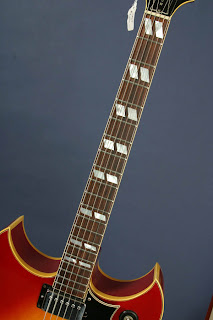 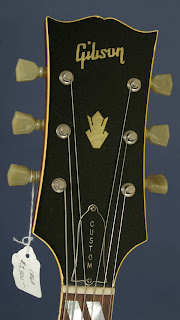 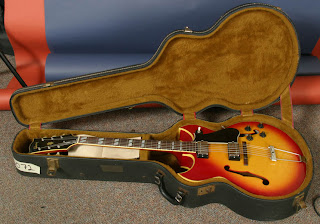 Now I realize my losses are pretty trivial compared to this monumental purchase. As a matter of fact my recent 'losses' are trivial to just about anything. They really mean nothing.

But this guitar is something.

When I found it online at Gruhn Guitars, I knew I had to have it. There are obviously other influences at work here as well (see picture below); 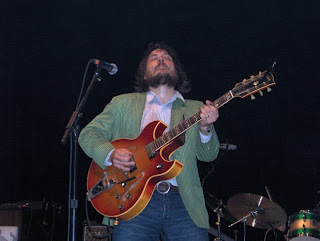 But lastly, I of course wanted to upstage Sparky who had recently blogged about spending some money on his passion of sharing a sleeping bag with Nate. I am not at liberty to discuss how much I just spent on this guitar, but I can honestly say its the most money Ive ever spent at one time on anything.

Links to My Friends